Orbita : A 3-dof joint on Reachy

You have noticed the original actuator used as a neck on Reachy and you wonder how it works ? Here is a presentation of the 3-dof joint developped by Pollen Robotics called Orbita. 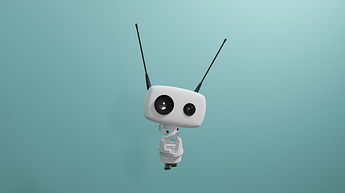 On most robots, when many degrees of freedom are needed, it is common to place the motors as a serial system. Another alternative is to make a parallel system which is stronger, more powerful and accurate than a serial system.

Many versions of Orbita have been needed to finally get the version presented below: 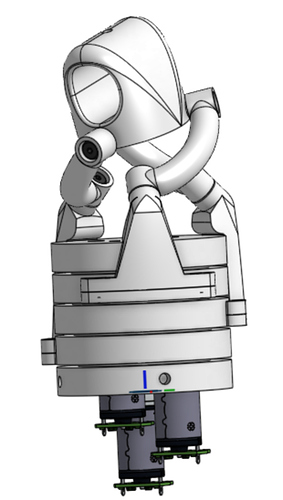 The motors used in Orbita are Maxon DC motors which allow us to have a powerful actuator (1Nm at the end effector for a 60 rpm speed) compared to the size and the accuracy of the motors (16mm of diameter and a very low backlash).

Magnetic encoders have been placed at the bottom of the motors, on their shafts to have a feedback of the rotation speed and to allow us to control their angular position. 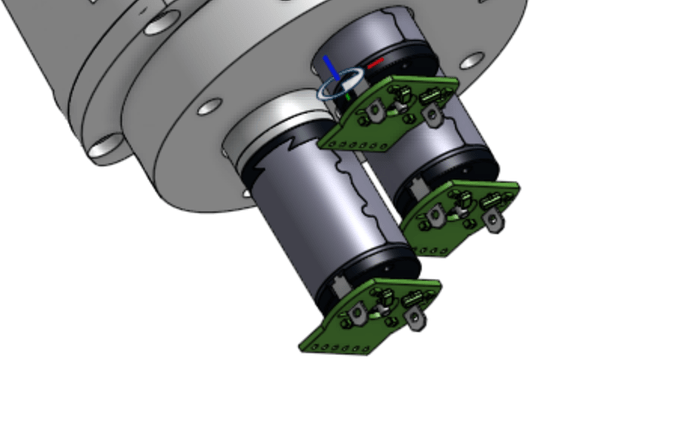 To reduce backlash between the different parts of the actuator and have a more accurate system, every revolute joint has been designed with two ball-bearings on the same axis to get a perfect revolute joint.

Since the mechanical design has been explained, you may want to know how to make the platform rotate as we want by actuating the disks.

How to control Orbita ?

First, you need to visualise Orbita’s end effector as a platform with its own X,Y,Z frame and three points connected to the arms. The platform’s frame depend on the global frame X0, Y0, Z0. The arm rotate around the platform (blue, red and green circles on the schema) and are connected to the disks (making a rotation on the black circle). 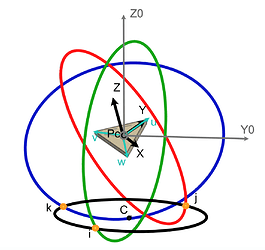 To control the rotation of the platform, we actually want to control its frame so we need to find the X, Y and Z vectors of the platform’s frame oriented as we want. This can be calculated with the product of a transformation matrix with the X0, Y0 and Z0 vectors but it is not always easy to visualise the matrix needed to make the rotation we want. The other solution is to calculate a quaternion representing the rotation we want and use it on the vectors of the global frame to get the effector’s frame.

To control the position of the motors, the magnetic coders have been connected to Luos modules (https://www.luos-robotics.com/us/).
Thanks to that, we just had to configure some values like the encoder resolution, the gears reduction and the PID desired. After that, the desired angular position is sent to the module which controls the motor to get the goal position.

We have tried several uses of Orbita, like playing drums or xylophone, head dancing, control it with an IMU on a non motorised version…

You can find all the videos of the different versions and testing done during the development of Orbita here :

A cool technology for end-effectors… wondering if this technology is already patented? what are your thoughts and ideas for future applications of Orbita?

We discovered 2 or 3 examples where this kind of mechanism were used in robotics applications, however, to our knowledge, the way we achieved it in Orbita i.e. in a very compact form-factor allowing to put this actuator anywhere in the robot body, has never been done. We have also developed a very convenient way to control it based on a quaternion representation instead of classic euler-angle.

Orbita is actually the only part in the robot we filled a patent for, to be able to negotiate with industrials. Users will still be free to do whatever they want with Orbita.

Near future applications of Orbita will be a wrist joint, you can see a first working prototype in the Reachy video.

Do you think about other applications for this joint ?